Filmed in Chicago, 100 Days to Live is a fast-moving, suspenseful psychological thriller. Heidi Johanningmeier (Dr. Rebecca Church in the movie) joins me to talk about the film’s suicide themes, overall twistiness and the making of the film. As much as I’m dying to talk about at least one major plot point, I pledge to roll spoiler-free.

Car Con Carne is sponsored by Siren Records McHenry, one of Car Con Carne’s favorite record stores on the planet. 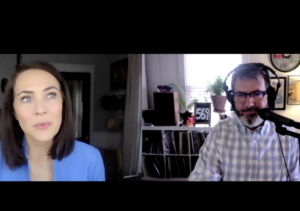