Urge Overkill entered the 90s as one of Chicago’s coolest, most exciting, and riff-delivering bands. They were the band other bands wanted to hang with… they opened for Nirvana on the Nevermind tour… opened for Pearl Jam on the Vs. Tour… and their songs were all over the radio. Sister Havana, Positive Bleeding… and Girl, You’ll Be A Woman Soon, a song they originally put out in 1992, got a massive second life when it was included on the soundtrack to Pulp Fiction.

1995 saw the release of their second major label album, “Exit the Dragon,” and the wheels kinda came off at that point.

Eddie “King” Roeser joined me to talk about the new album, as well as Urge’s long history.

This episode is sponsored by Buona. Buona turned your favorite Plant-Based Italian Beefless Sandwich into a BOWL! Complete with sweet peppers and their new Vegan cheese, enjoy comfort by the bowl-ful this winter and cozy up with this twist on a classic today. 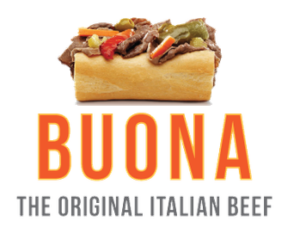