The cool, kitchy decor of 90 Miles doesn’t match the rugged charms of the Mazda 3, so Sirott and Murciano jump in the car to talk about:

As a bonus, listen as Marianne slid into “mom mode” when she saw me spill all over myself. 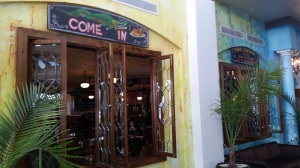